I had long had the idea of setting a murder story at a cricket match. A murder in full view would, I thought, be intriguing. But as with so many ideas, this one had got stuck on the backburner. But then, a few months after my mother had died, I found myself at a low ebb. I was depressed. The late winter weather was appalling and the one thing that gave me respite – watching my young son playing rugby and football – was denied me due to water-logged pitches. I could have continued mooching around the empty house feeling sorry for myself, but instead I sat down and started writing my first crime novel.

I was soon happily lost in a rural idyll juggling with the interwoven lives of the dozen suspects who were on the field of play when the murder happened, and I hardly emerged until the daffodils were out, the hedgerows bright with blackthorn and rugby and football were replaced by the start of the cricket season. By then, Chief Inspector Dalliance and his side-kick, DS Riley, had solved the murder, and the first draft of Bodyline was on its way – through the good offices of my friend and fellow crime writer, Alex Martin – to its eventual publisher, Anthony Weldon, of Nine Elms Books.

I had written the book as a one-off, but Anthony pointed out that it would be far better – for both of us – if I wrote a series, and offered an advance for a second. This gave me the opportunity to indulge in one of my other obsessions, pillboxes. I also remembered the idea I’d had for a murder hunt coming to a head during a village Morris Dancing festival. The sex parties in the big house were not based on personal experience but seemed to be what the plot required. Mrs Bloxham became one of my favourite characters, but of course, she is not based on anyone I ever met or who has ever lived.

The Pillbox Murders was written at a leisurely pace and underwent considerable editing. In stark contrast, the new Dalliance, Hangman, was written in three months, which gives it pace and intensity. It is also a much darker story with a grand guignol finale. It shows Dalliance alone, given compassionate leave after the death of his mother, but drawn, with potentially tragic consequences, into a spate of murders committed in and around the village where he is staying in his mother’s cottage. As so often, memories of the past hold the clue to the crime.

I don’t know what the future holds for Inspector Dalliance, but I have one or two ideas for the next book. Watch this space! 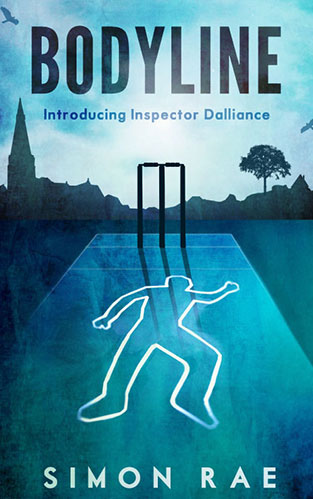 Murder stopped play. The villagers of Little Bolton gather on the green one glorious Sunday afternoon for their weekly cricket match. With the game underway nobody suspects that among the men in whites stands a killer. But when one of their number mysteriously collapses out on the field, Inspector Dalliance is sent in to investigate foul play. 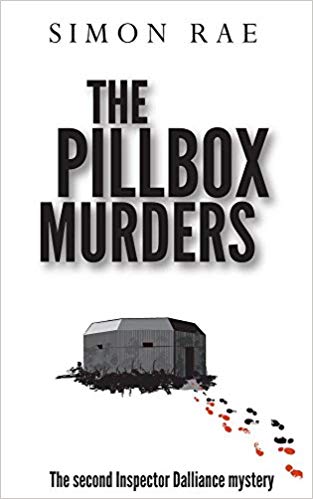 Why do bodies keep turning up in the pillbox on the river bank? Lifting the lid on the darker side of rural life, the second in the Inspector Dalliance series will keep you turning the pages as the plot snakes through sex parties in one of the big houses, furtive activities in derelict cottages and the antics of a sinister troupe of black-faced Morris dancers towards the surprising denouement.

Driving home one night from his mother’s funeral, Chief Inspector Dalliance suddenly finds himself embroiled once more in a new string of murders – and a dangerous, cynical game targeting the lowest, the most vulnerable, and the most desperate. His own life unravelling around him, Dalliance is cast out of the investigation under the guise of compassionate leave.